Well, it has been almost a year since Siena’s last sleep study… Hoping the results are as good as the last one she did in Florida last November! According to a recent x-ray, it appears her adenoids have regrown… This is rare, but so is our little Siena 🙂 http://pediatric-ent.co/?p=98
We have noticed her breathing heavier and she has been waking up more during the night. She has also been more sleepy during the day- all symptoms she had prior to her adenoids being removed the first time, which was in June 2011- right after she was diagnosed with severe sleep apnea.
Depending on the results, she may need to have a repeat adenoidectomy, as well as her tonsils removed and tubes put in her ears sometime this winter. Will keep you posted with results.
As usual, Siena was quite the trooper for the lab techs and Grandma Becky reports that there were no tears and that she laughed and smiled while being hooked up to the wires. Thank you for volunteering for sleep study duty tonight Grandma! Good luck! 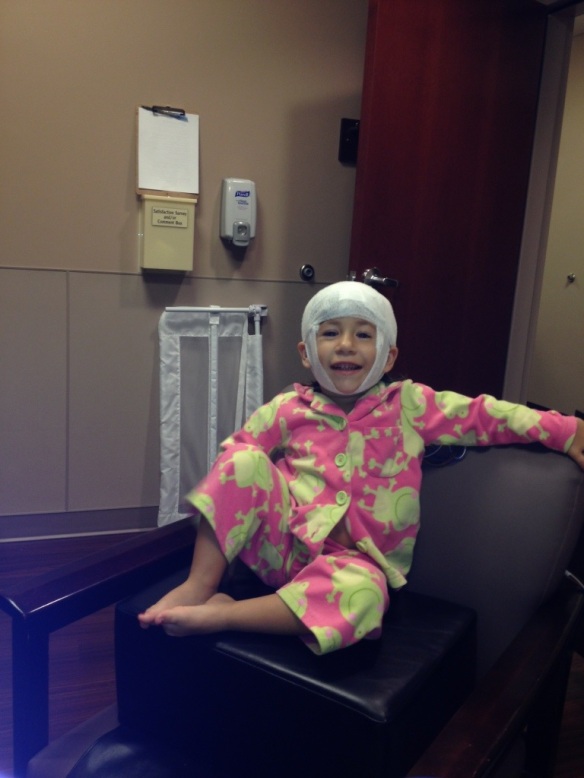